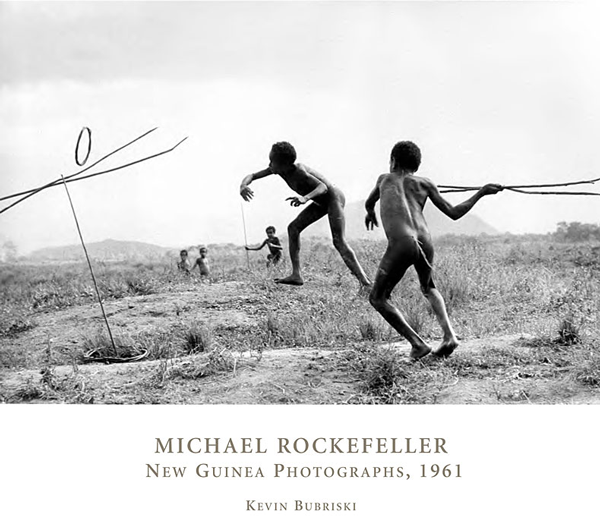 F rom April to August 1961, recent Harvard graduate Michael Clark Rockefeller was a sound recordist and still photographer on a remarkable multidisciplinary expedition to the Dani people of highland New Guinea. In five short months he produced a wonderful body of work, including over 4,000 black-and-white negatives.

In this catalogue, photographer Kevin Bubriski explores Rockefeller’s journey into the culture and community of the Dani and into rapport with the people whose lives he chronicled. The book reveals not only the young photographer’s growing fluency in the language of the camera, but also the development of his personal way of seeing the Dani world around him. Although Rockefeller’s life was cut tragically short on an expedition to the Asmat in the fall of 1961, his photographs are as vivid today as they were the moment they were made.

BUY FROM HARVARD U. PRESS